Nestled in the rustic hills is the charming village of Kasol in Himachal Pradesh, Northern India. It is situated in Parvati valley, comes on the way between Bhuntar to Manikaran. Kasol can be a weekend getaway for people staying in Punjab and Delhi.

Manikaran Sahib is just 6 kms from ‘The Himalayan Village’. It is a huge Gurudwara well known for its hot water springs located within the premises. The devout take a dip in the hot water springs, it is believed to have healing properties. Also the ‘Langar’ (Free Communal Food) is delicious and wholesome.

So we happened to find this beauty “The Himalayan Village” alongside on our way back to Manali from Manikaran. Managed to stop over for brunch. I was quite stunned looking at the architecture of this place , fairy-tale like.

The resort has been built in the ancient Kathkunia style, dry stacking stones and wood which adds to the charm. It is eco-friendly and gives you an insight of local customs and traditions. In late evenings the Pahadi people come together and play their traditional folk music, which is quite soothing to hear, it calms you down. Its a good vibe. Himalayan village has its own deity with a temple dedicated to lord shiva.

Bonfires and barbeques go well together!

What stood out the most was the Machan! Named ‘Lahaul’ & ‘Kullu’

Machans are tree houses which can be of 50-60 feet with exquisite views. It is built around the different cultures of Himachal Pradesh. Machan style cottages are the USP of the resort. To be booked well in advance. Machans were originally used for hunting large animals and now for watching animals in wildlife reserves.

One thing i liked the most was that the resort was pet-friendly. Almost no resorts allow pets. In the backyard they had some dogs lined up. German shepherds and a labrador!

The Himalayan Village is a work of art in itself! Truly!

Treks and treads around Kasol include Sar Pass, Yanker Pass, Pin Parbati Pass and Kheerganga and its a base camp. You might need to travel short distances in a jeep or cab to reach the starting point. Otherwise if treks are not your thing then you can have a walk to Chalal, which is just 30 minutes away from Kasol. A casual walk along the village.

A Mini Israel in Himachal Pradesh, visitors from Israel are common in Kasol and one can see the Hebrew language banners throughout the valley. There are plenty of cafes in Kasol where they serve Israeli food, some savouries and Turkish coffee. Local market here has hints of hippie culture. You will definitely sight hippies lazing around. Kasol has been infamous for its prevalent cannabis culture.

It is ideal for vacation if you want to chill in the lap of nature and just unwind. Just be and let go.

Places To Go In And Around Kasol?

Malana Village: Malana is a small village in Himachal that has self-isolated itself from the rest of the world. They believe that they are descendants of Greek soldiers of Alexanders army. Visitors to Malana village are not allowed to touch the walls,houses or people there. Malala is world famous for its Malana cream.

How to reach: Nearest airport is Bhuntar airport, HRTC Buses available from Delhi and Manali (if on a shoe-string budget)

Best time to visit: Remains pleasant throughout the year.

So Wanderlusting are you?! Have you been to Kasol before?

Hop over to eattravelrepeatweb.wordpress.com for more!! Don’t forget to follow! See you later tweets!!

“The Himalayan Village” is an ideal place to rejuvenate amongst natures and it ways.

It was an off beat holiday this time of the year, no prior bookings were made, Just the air tickets and here we go!

What are the most beautiful places in Kashmir? (To sum it up)

Pahalgam is a quaint town with little villages here and there, it had a rustic charm to it. Pahalgam has two places which are worth visiting, Betaab valley & Chandanwari, the valley got its name from a hit Bollywood film ‘Betaab’. The road to chandanwari is very narrow so a local driver is preferred, you will be passing through hills and lush green forests. Sparkling waterfalls make a great sight. At the end of it there are huge ice glaciers which melt in the summer & eventually makes a great tourist spot.

Gulmarg is a traveller’s paradise with starry snow-clad peaks, famous gondola cable car which is one of the highest in the world, historic gulmarg golf club , however the main reason to come to gulmarg is to venture up towards Mt Afarwat. This can be done on foot or with ponies but is easiest using the two stage gondola cable car that takes you to the sky and back! Haha. It’s a winter wonderland yeah.

Srinagar being the capital city has a lot going on lately with surgical strikes and shut-downs for a long time now. Although indulgent houseboats, historic gardens, distinctive kashmiri wooden houses, ancient temples make it a great place to visit. The city’s greatest drawcard is mesmerisingly placid Dal lake with a bright array of houseboats which looks picture postcard perfect. Also kashmiris are very warm and welcoming, we visited one of their house which was two-storeyed and they had huge carpets all over with antiques lined up at every nook & corner. They served kashmiri kahwa every now and then, it’s a delicacy! Get a packet home!

So that’s a wrap for my first blog! Thank-you for reading! Suggestions are always welcomed.

5 Must Do’s In Dubai | A Trip Down Memory Lane

When in Kasol,The Himalayan Village |Machan|

Have a Birthday Coming Up?? Gift Ideas! 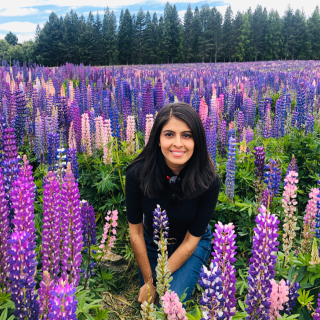 In my twenties. I blog and share my thoughts on travel. Writing takes me to a different world altogether.

There was an error retrieving images from Instagram. An attempt will be remade in a few minutes.

For the Love of Wanderlust

Instilling a sense of wanderlust

Sharing the benefits of travel - Europe and USA

Understanding the Art of Workplace Science

Just a girl who travels.